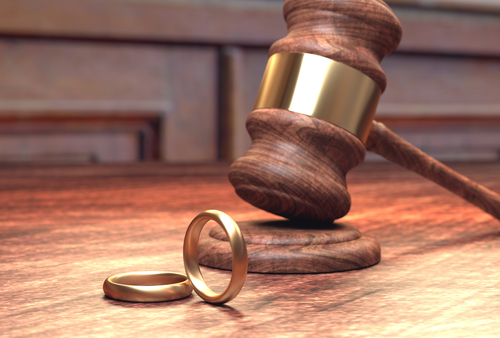 Divorces are undoubtedly expensive, especially in cases where there is no prenuptial agreement. But these 3 divorces went farther than breaking the bank — they broke the record!

Mel Gibson’s marriage to Robyn Moore lasted over 30 years, which is almost unheard of in Hollywood. But after learning that Mel had an affair and a child with another woman, Robyn filed for divorce in 2009. They had seven children together, and even though they had been separated for a few years before the divorce, Robyn finally decided to formally file after Mel was publicly arrested for driving drunk.

The Final Settlement: Moore walked away with half of Gibson’s fortune, a total of $425 MILLION.

2. The Divorce Between Rupert Murdoch and Anna Torv

Rupert Murdoch, a well-known media tycoon, was in a 30 year marriage with his second wife, Anna Torv, whom he met when she worked for his newspaper in the 1960s. The cause of their divorce was a common one — Anna wanted Rupert to stay at home more with her and the three children they had together, but he wanted to continue building his huge media empire. She filed for divorce in California, and those state laws gave her access to half of Ruperts alleged $7.9 billion fortune.

The Final Settlement: Although the settlement itself wasn’t publicized, rumors were that Anna was given $1.7 BILLION in assets and $100 MILLION in cash.

3. The Divorce Between Tiger Woods and Elin Nordegren

Elin Nordegren met golf mogul Tiger Woods when she was babysitting for another golfer in 2001. The couple married in 2004 and had two children together. However, Tiger was caught in a very public cheating scandal and as many as 12 women came forward and claimed to have had sexual relations with Tiger. Elin filed for divorce not long after the scandal came to light and was awarded custody of the children.

The Final Settlement: Although Elin wanted $750 million at first, the final settlement was negotiated down to $100 MILLION.

How to Get the Most Out of YOUR Divorce Settlement

If you are in the midst of a divorce or are considering getting one, having as much funds available after the divorce is critical to starting life anew. The most important thing you can do to maximize your own divorce settlement is to work with an experienced divorce attorney. It’s clear that the three women in the above cases had excellent legal teams in their corner.

Donna Bucholz, P.A., has significant experience petitioning Florida courts for the highest settlement award possible for her clients. She will aggressively pursue the full settlement that you deserve and will go the extra mile to provide you with comprehensive legal representation throughout every stage of your case. Call today for an appointment at (813) 902-9100.